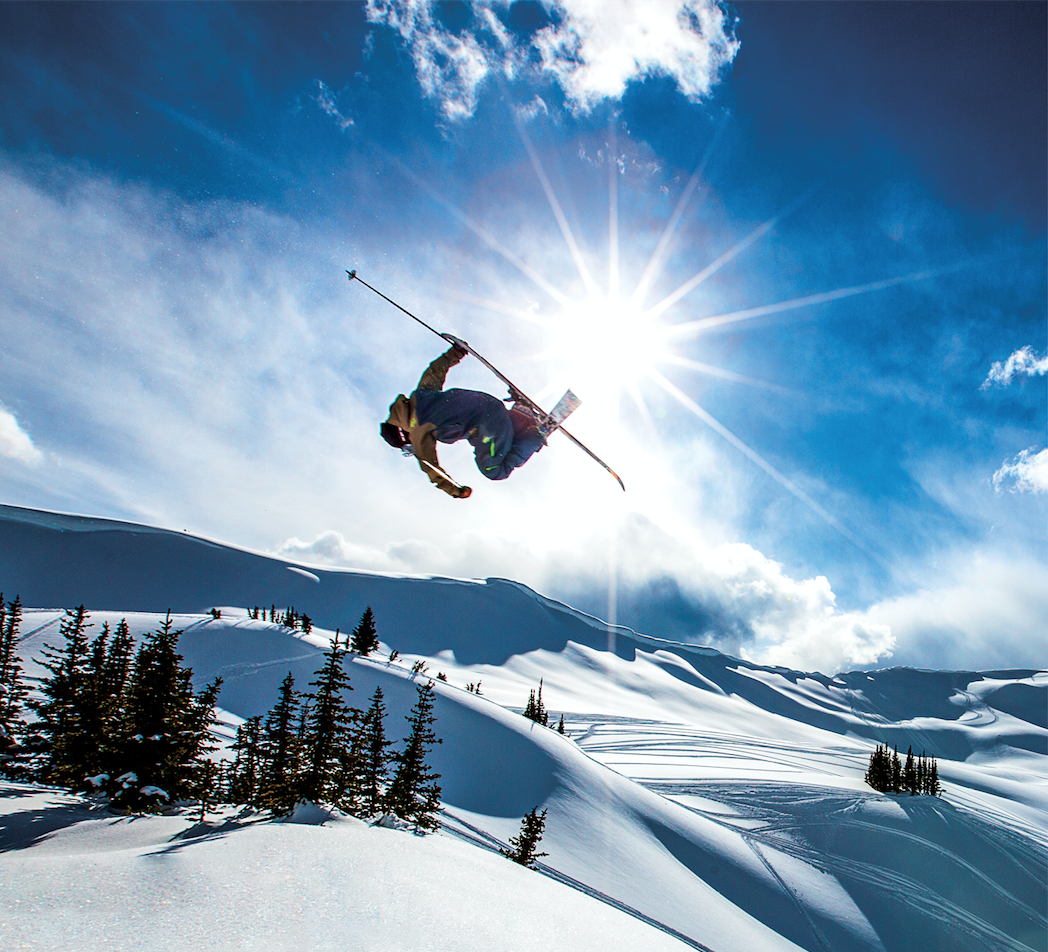 SUMMER IS COMING….. One month until Summer Camps kicks off!  Imagine summertime vibes with sun, slush, t-shirt skiing, good times and new friends.  We’re lining up the perfect park and bump lines, ready for you to stomp new tricks all summer long. Sessions are filling up fast, so get to it and sign up! NEW: Big Mountain Camp- Session 3 & 5 […] 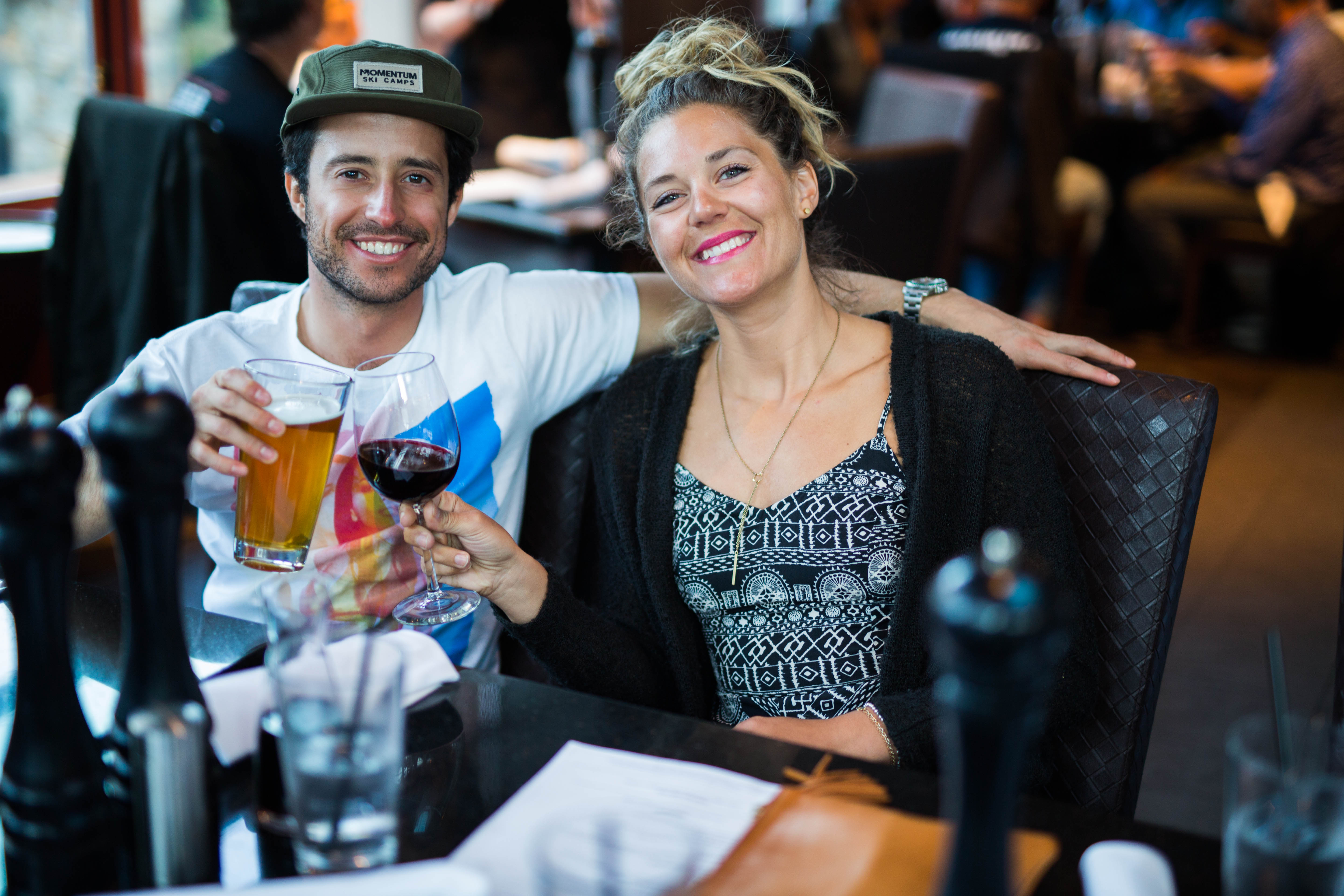 SUMMER IS COMING….. Sun, Slush, Skiing, Wine and Dine. That’s what Momentum’s Adult Week is all about. Get a dose of those summertime vibes while skiing like a kid on Blackcomb Glacier and playing like an adult in Whistler Village. You’ll return home with new ski skills, new buds and a glowing goggle tan!  Two […] 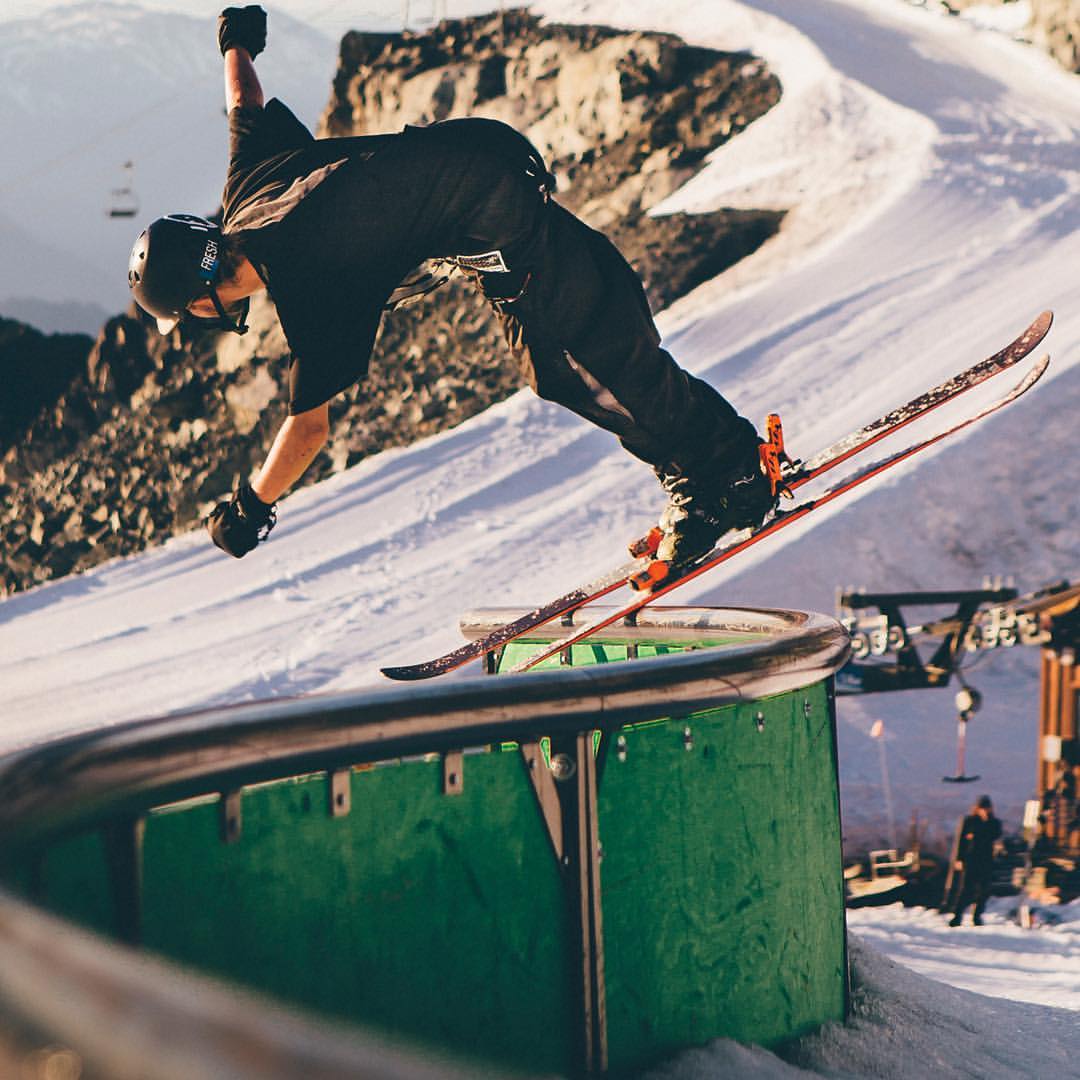 SUMMER IS COMING … REGISTRATION IS HEATING UP – SIGN UP NOW Summer is approaching and camps are starting to fill up fast! Be sure to sign up early if you want to pick the session that works best for you.  Sign up here. INSIDE DEALS FREE CAMPS:  For anyone who can click buttons, sign […] 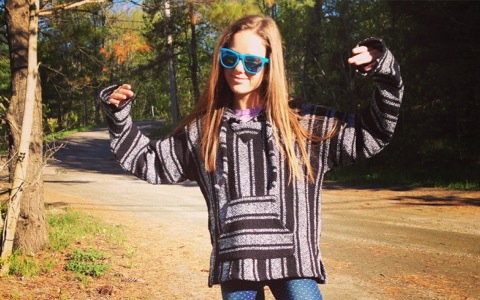 SUMMER 2016 IS ALMOST HERE – SIGN UP NOW Summer is approaching and camps are starting to fill up fast! Be sure to sign up early if you want to pick the session that works best for you. Note that our camp dates have changed this year starting and ending 1 week earlier. Also, […] 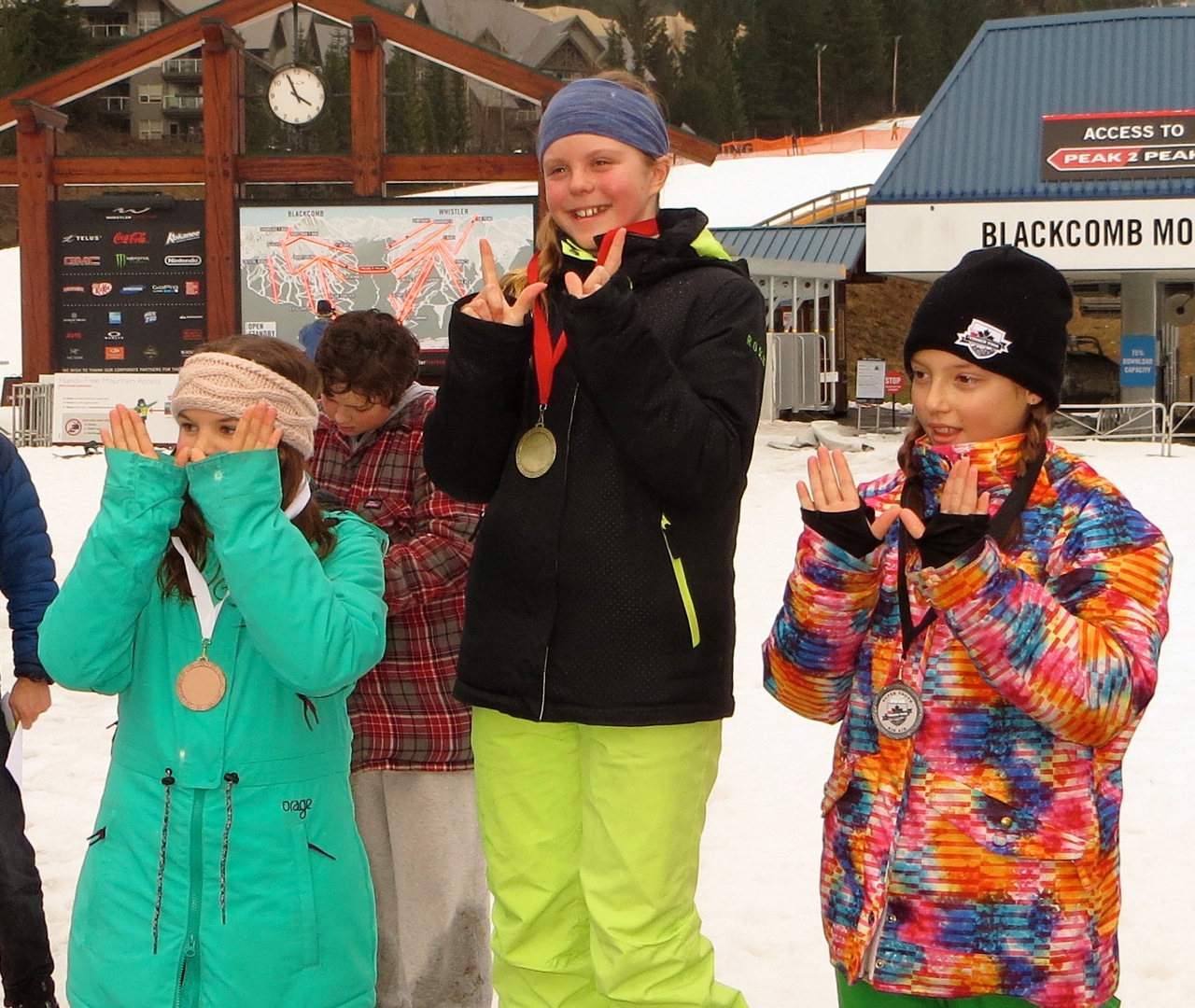 Momentum Camps and the Sarah Burke Foundation are excited to announce the youngest ever winner of the ‘Spirit of Sarah’ Scholarship.  Whistler, BC – After much deliberation, 11 year old Maya Mikkelsen, from Port Moody, BC, has been selected as the 2015 Spirit of Sarah Scholarship winner, making her the youngest person to win this […]

Spirit of Sarah Scholarship – One Week Left To Win!

Calling all girls! There’s only one week left until our May 15th deadline to get your applications in for a chance to come to Girls Week this summer! To honour and remember our friend and long time coach Sarah Burke, in partnership with the Sarah Burke Foundation we are offering a Free Full Package Summer […]

Momentum Camps announces ‘Sponsor Me Contest’ winner Whistler, BC – Momentum Camps has announced that 16 year old Mark Draper from Toronto, Ontario is the winner of their inaugural ‘Sponsor Me Contest’. Over the past few months Mark continually posted solid content on all of his social media feeds and was the standout in the contest. The judges chose him not simply […] 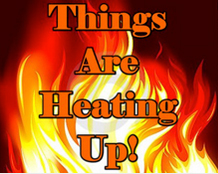 APRIL UPDATE Summer is just around the corner which means serious skiing is about to kick in at Momentum. We have the snow, we have the park and like no other camp we have the best skiers in the world as your coaches. You’re guaranteed to learn a ton and have your Best Summer Ever! […]

February Update: Countdown to Summer Camp begins now… For those who can never get enough of skiing, Summer camp is your answer.  We have two great opportunities to win a FREE camp and Americans – your dollar is strong, so camp is cheaper than ever right now!   Sponsor Me Contest Here is your chance […] 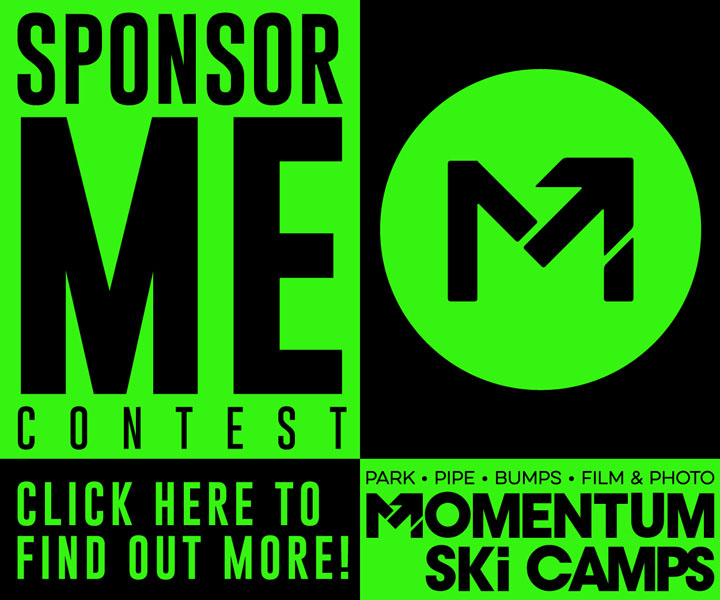 Sponsor Me Contest: Win a free camp and more… 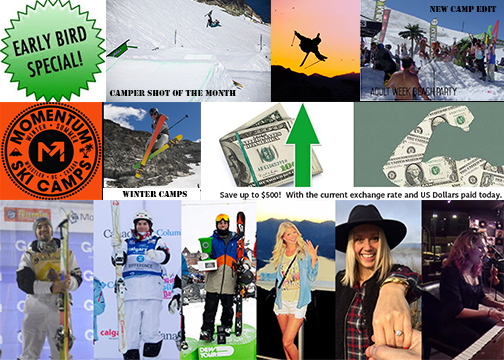 Monthly News Update: (click image below) If you did not receive this update already or want want to receive these updates by email sign up here. Name Email Age State/Province CountryofResidence Subscribe

Session 4 ~ Another week of epic proportions!   Gus Kenworthy dog-sledded in, everyone got wet at Splashdown, and the top park on the glacier received a new layout. To kick things off… Miguel Rodden threw a SWITCH backflip over his fellow digger crew on the Skullcandy stair set.  Riley Leboe treated himself to the […] 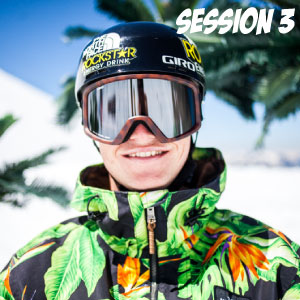 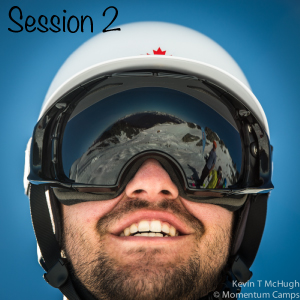 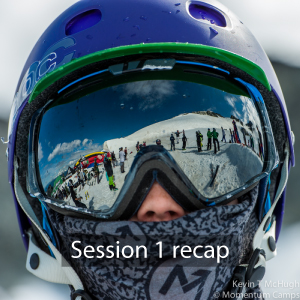 June 22, 2014 SOCHI OLYMPIANS RETURN TO COACH AT MOMENTUM CAMPS Whistler, BC – Many of the top Olympians from Sochi will be in Whistler over the next few weeks coaching the next generation of skiing stars at Momentum Summer Ski Camps. Camp Director and 2 time Olympian John Smart says, “Our campers will have […] 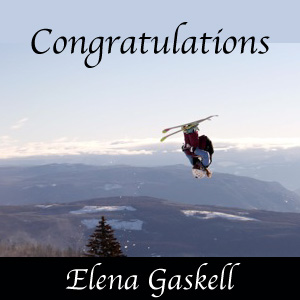 We are proud to announce the winner of the 2014 ‘Spirit of Sarah Scholarship’ to 12 year old Elena Gaskell Elena with Olympic silver medalist Kim Lamarre. Who will be one of Elena’s coaches this summer. After much deliberation, the 2014 ‘Spirit of Sarah Scholarship’ has been awarded to 12-year-old Elena Gaskell from Vernon, BC. Elena is the youngest skier to […] 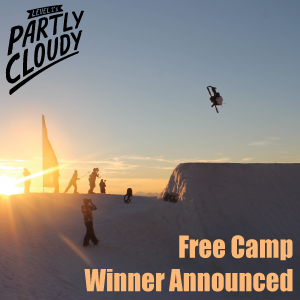 We would like to announce the winner of the Level 1: Partly Cloudy with a chance of winning a Free Session to Momentum Contest.  Today was full of sunshine and lollipops for one lucky skier, 18 year old Matt Merrill from Centerville, Utah. He has won a Free Full Package session to Momentum, Summer 2014. Out […] 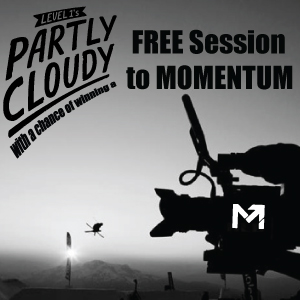 Forecast: Partly Cloudy with a chance of Winning a Free Session to Momentum…   It’s our easiest contest ever! Enter below for your chance to win. Winner will be drawn on Jan 31, 2014. Note: if you entered already during one of the Partly Cloudy Premieres then you can enter again to double your chances […]

Momentum Camps 2013 – Session 5 Edit (ADULT Week) from Momentum Ski Camps on Vimeo. Adult Week 2013…. this was one for the books! A record breaking year that was off the hook! The fun, energy, friends, food, parties, weather… oh yah and the skiing were at their best. Over 75 adults from 9 different countries […]

After coaching campers for the past two weeks and training with his fellow Great Britain national teammates, James Woodsy Woods decided to try something new. A triple corked 1440! Rocketing down the Whistler Blackcomb glacier at least 60km/h James Woodsy Woods lines up on the take off of the 80 foot step-up…. and hucks a […]

After months of anticipation, crossing off days on the calendars, finally summer is upon us… and Session 1 was a great week!!! Flying into Vancouver International airport and then being whooshed off to paradise. Campers and coaches were ready to experience the #BestSummerEver. With the largest park in our 22 year history, it was time […]

Press Release Momentum Camps kick off 22nd year as pre-Olympic training ground… Whistler, BC June 25 2013 – Momentum Camps kicked off their 22nd summer season in Whistler this week, welcoming national teams from around the world to train and coach with them in the build up to the 2014 Sochi Olympics.  National Teams and athletes from […]

Winner of the 2013 Spirit of Sarah Scholarship

After much deliberation, the judges have come to a unanimous decision! We are happy to announce the winner of the 2013 ‘Spirit of Sarah Scholarship’ and congratulate 15-year-old Carly Lavielle, from Orangeville, Ontario. Carly was a runner up last year, so congratulations for trying again and being successful this time around! Check out Carly’s entry: Carly Lavieille Spirit […]

Session 3 Freeride is now SOLD OUT

The sun is out, the birds are chirping and Session 3 Freeride is now SOLD OUT! Summer is definitely sneaking up on us. There is still room in S3 Moguls and all other sessions for now but camps are filling up fast. If you need to get into S3 freeride, we’ll put you on the waiting […] 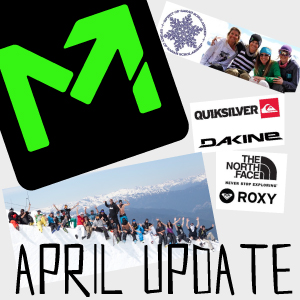 SUMMER 2013 IS APPROACHING FAST! We hope you have had an amazing season – winter has flown by and it’s been inspiring to watch the continued success of so many Momentum Campers and Coaches at events around the world! All of our current star line up of coaches will be back, along with some new talent! […]

We are always proud of our coaches who push themselves throughout the season winning numerous medals week after week. With the FIS World Cup season now wrapped up, the overall winners for each discipline are awarded Crystal Globes and this year three Momentum coaches received that honour! James Woods took first place overall in Slopestyle, […]