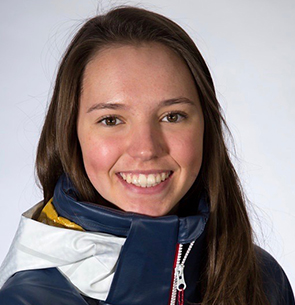 Tess Johnson, from Vail CO. was the youngest moguls athlete to be named to the national team at 14 years old and is already making a name for herself by taking her first World Cup victory on March 3, 2018, in Japan! She competed at the Pyeong Chang Winter Olympic Games last February placing 12th. 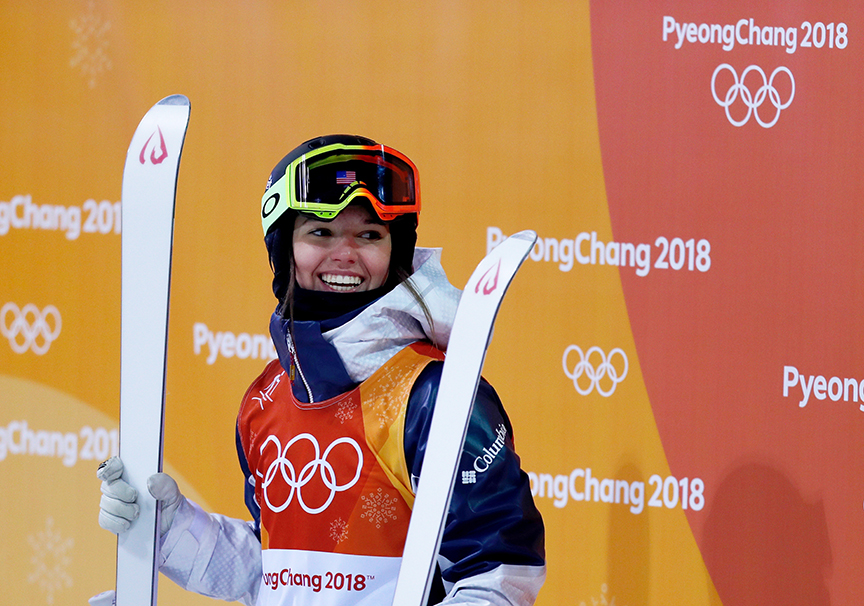