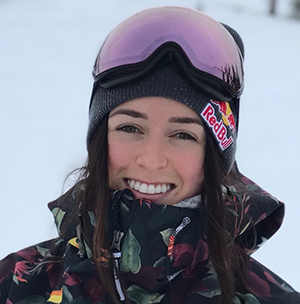 Best known for her backcountry film parts with Level1 Productions, professional skier Tatum Monod is thrilled to be joining Momentum for Session Five, Girls Week. Tatum’s career as a big mountain skier sky rocketed in 2014 when she was voted ‘Skier of the year’ by her peers in Freeskier Magazine’s Rider Poll.

As one of the few females on record Tatum recently scored the cover of Powder Magazine and picked up the coveted ‘Best Female Performance’ award at the 2017 Powder Magazine Awards. Tatum has already collected more accolades than most skiers do in a lifetime. Although being awarded for her film parts are a bonus, to Tatum this isn’t what its all about, “I ski because for me, being in the mountains is where I find my happiness.” Said Monod, “Just being out there in that environment is incredibly rewarding in itself, I am so excited to get up on the glacier with my campers and share that with them.”